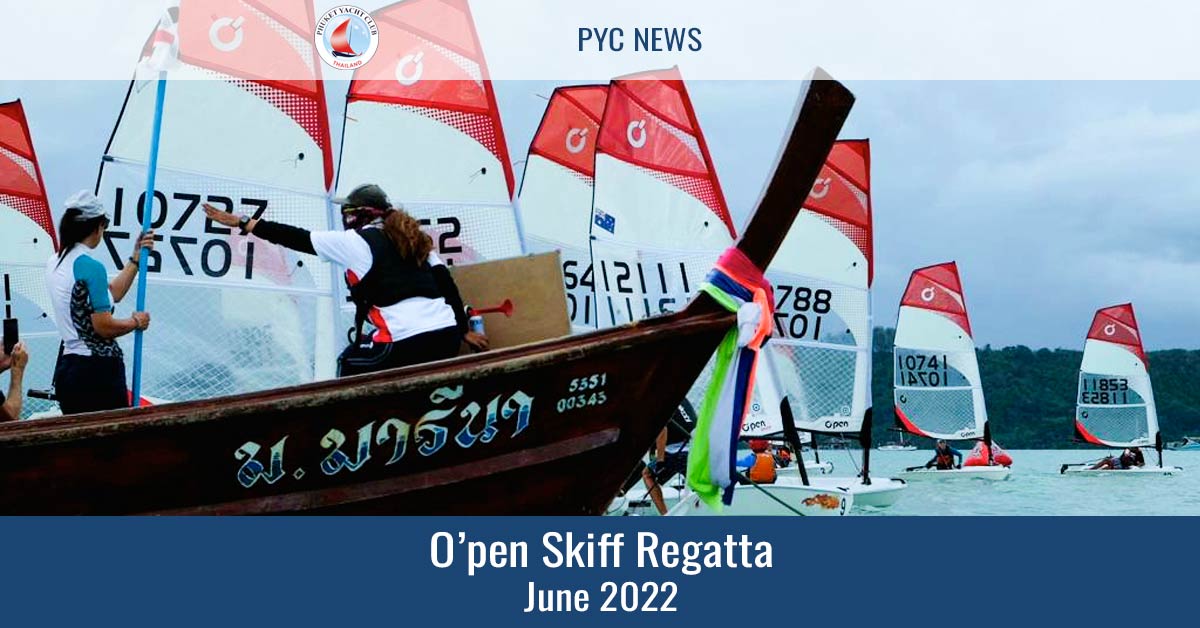 Youth Sailors to the fore at P.Y.C.

Twelve youth sailors aged 9 to 16 and their families descended on the Phuket Yacht Club in Chalong Bay for the June O'pen Skiff Regatta. This was the second event for the year and the largest to date. Attracting one international entry from Mumbai, participants from United World College (UWC) and of course the home grown PYC youth squad who relished the challenge to meet and compete with so many new faces.

After two weeks of storms and strong winds the conditions lightened considerably on Saturday allowing for a near perfect introduction to regattas for the less experienced sailors of the group. After numerous postponements due to low wind speeds resident PYC Coach Garfield skillfully got away four races comprising of windward / leeward, Adventure Course and everyones favourite the Multihull Solutions Bridge of Doom Race. The fleet raced as one but two age-group divisions were created for under 16 and under 13s. Results were mixed with upcoming U13 Sailor Ellie taking first place ahead of the more experienced U16 group in the first race of the day with Michael and Millie sharing the podium positions. Sailors and parents were treated to a complimentary sea-side barbeque dinner as tales were told of the day's adventures and plans made for the following day.

Day two started with not a breath of air and the postponement flag hoisted ashore. Not one for wasting any time PYC coach Garfield quickly arranged an interactive, sail-boat tuning and rules session to keep eager minds busy while the breeze filled in. After around a delay of one hour all boats launched and racing began with windward leeward and a triangle courses. To keep things interesting a thunder storm passed each side of Chalong Bay luckily bringing more wind and allowing for a further four races to be completed. As the breeze faded sailors returned to the club for the final event of the Regatta the Freestyle Session. This is quite unique to the O'pen Skiff class and is an opportunity for the young sailors to impress the judges with some boat handling creativity and balance skills. Essentially anything goes and spectators were treated to some on the water dancing, backflips, frontflips, mast-climbs, dry capsizes and even boom press-ups.

Race results most always take second place to fun in the O'pen Skiff class but here they are at a glance: 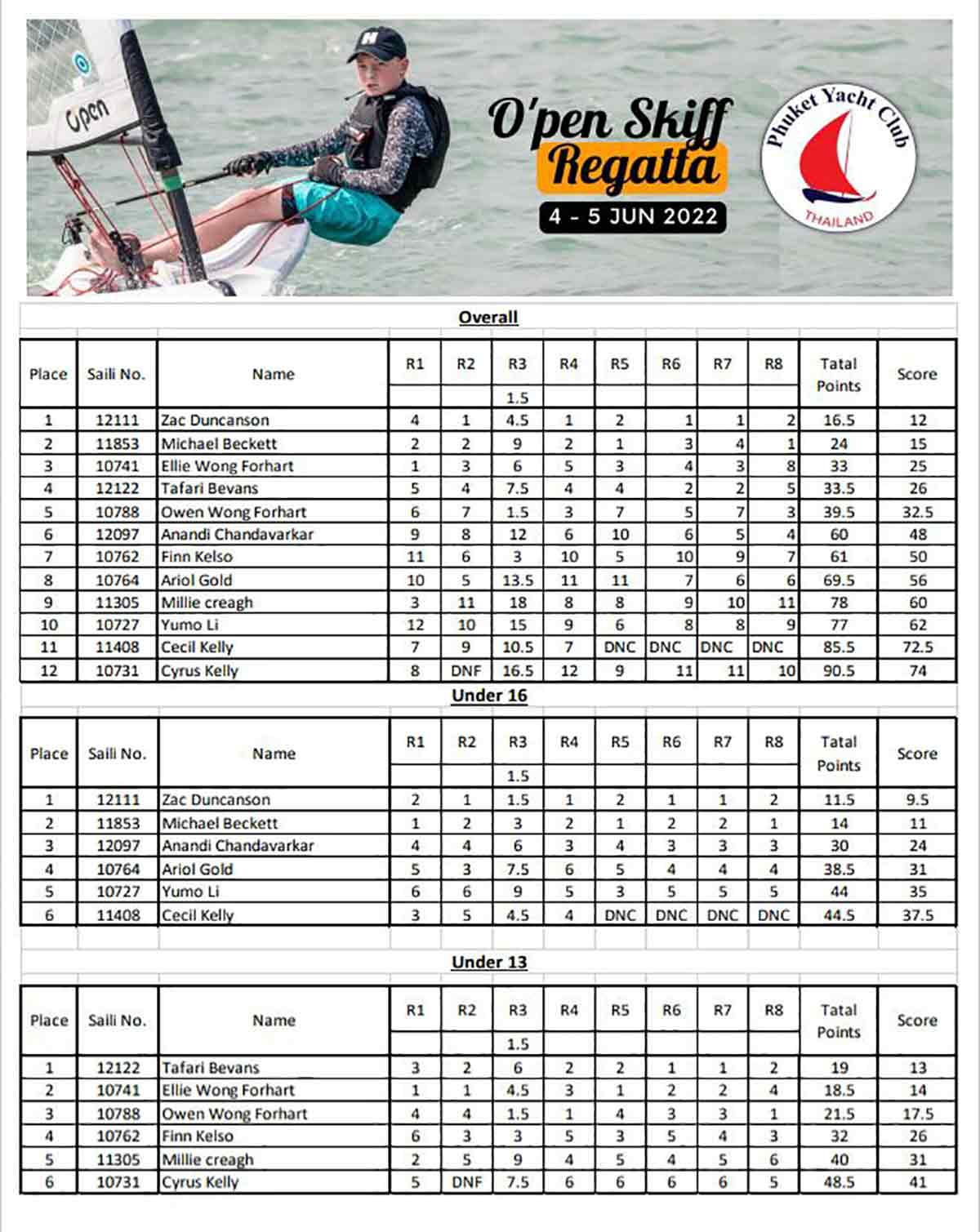 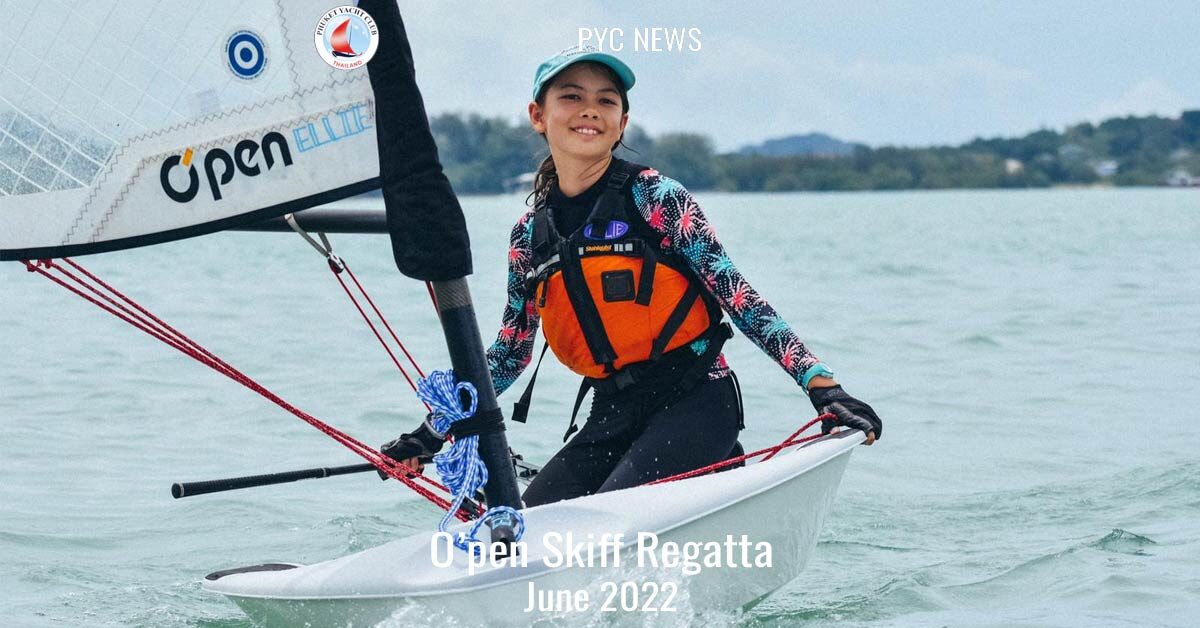 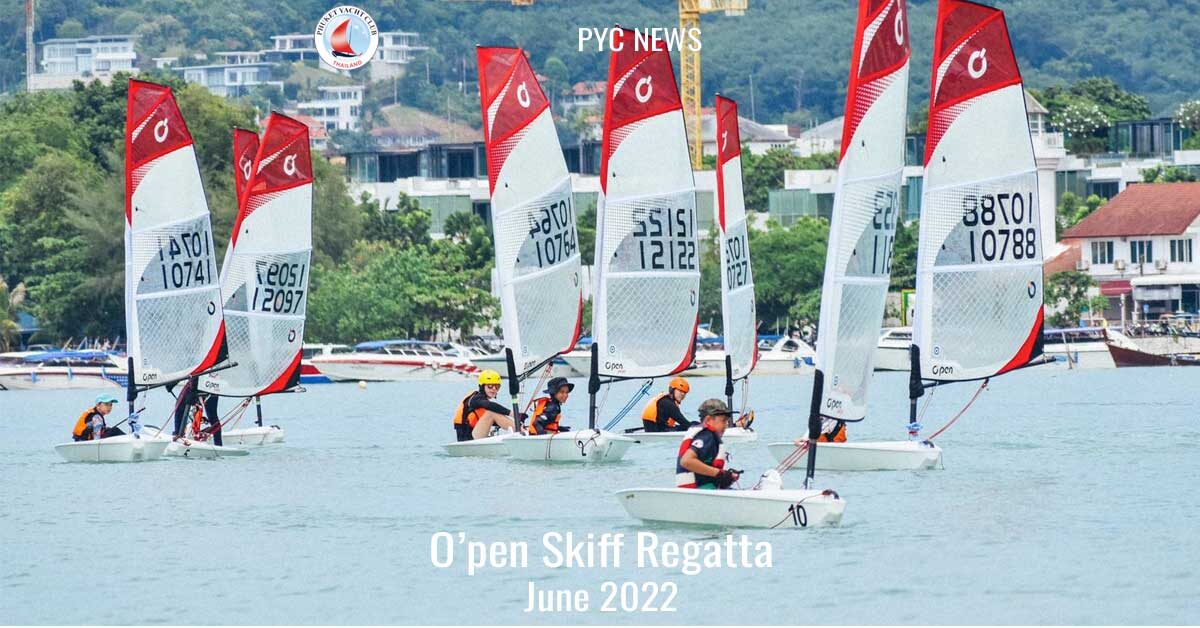 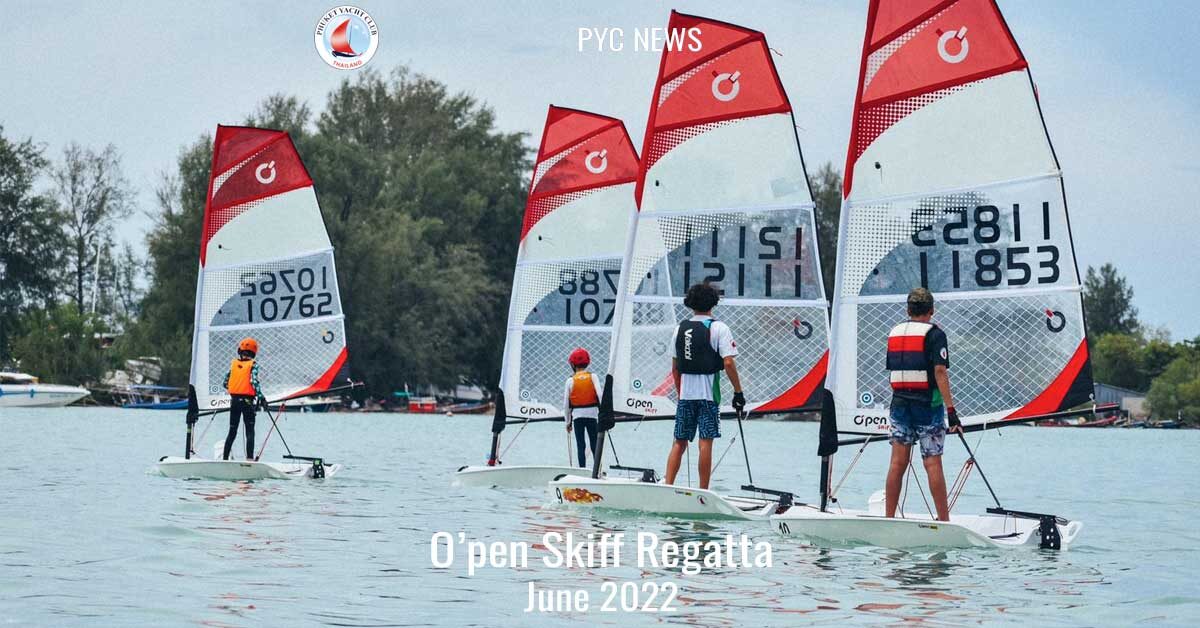 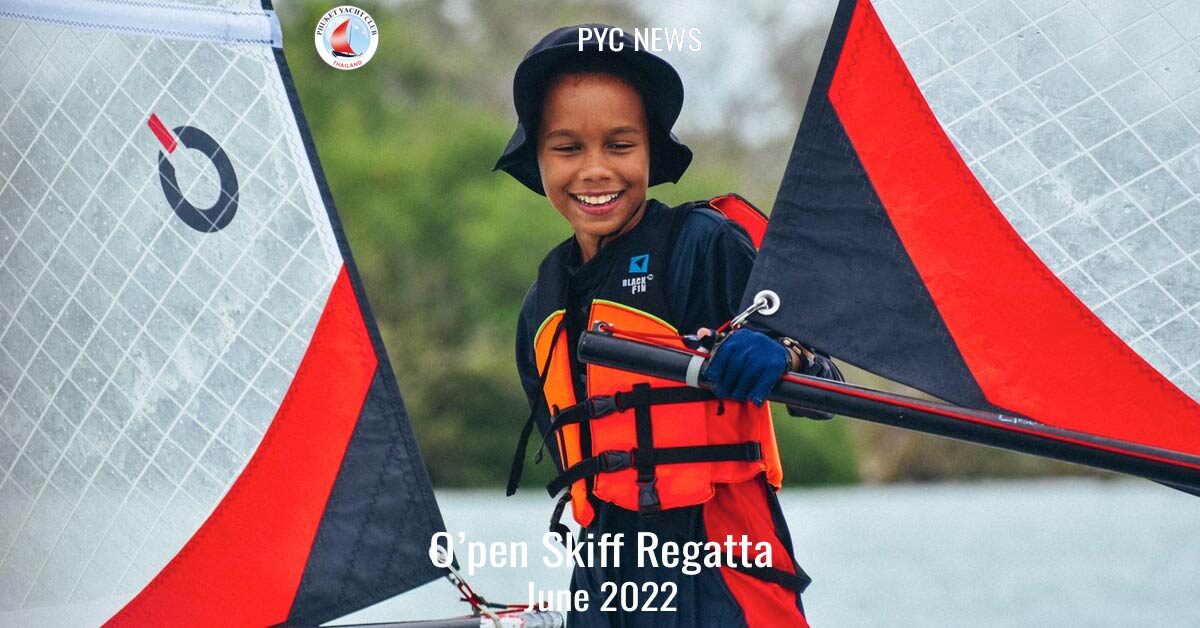 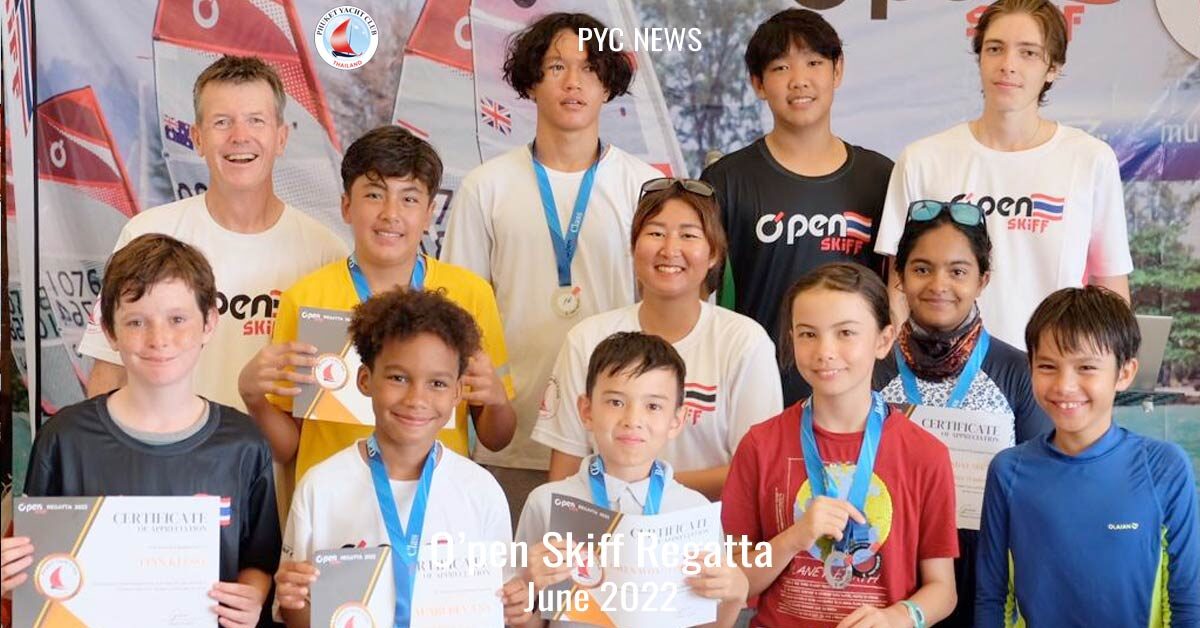 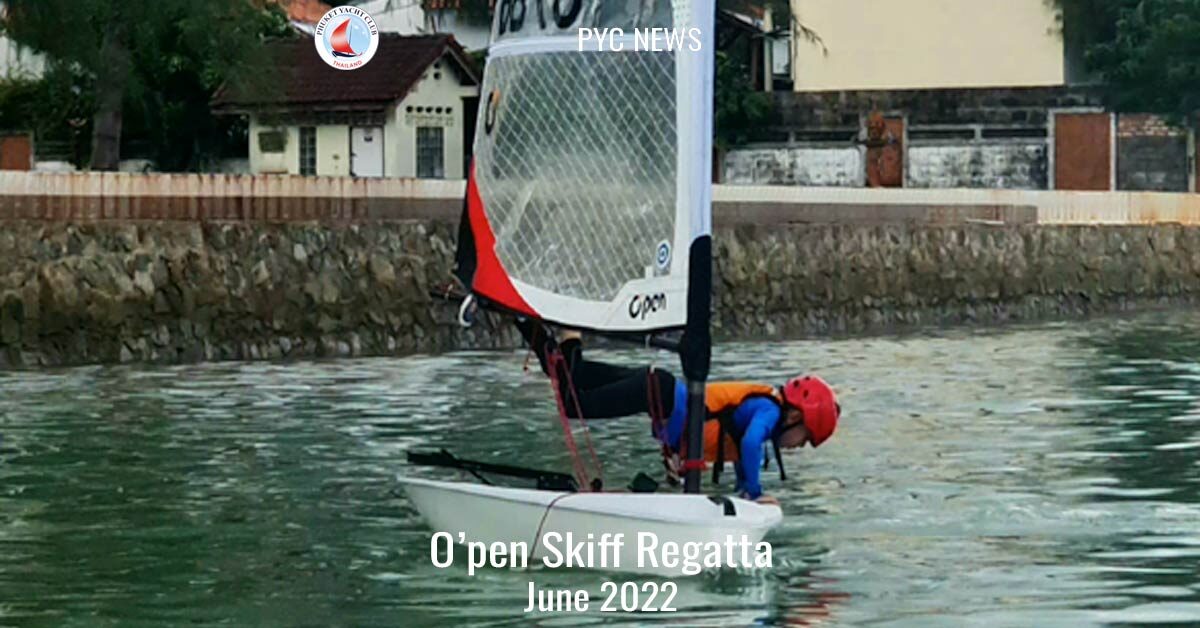