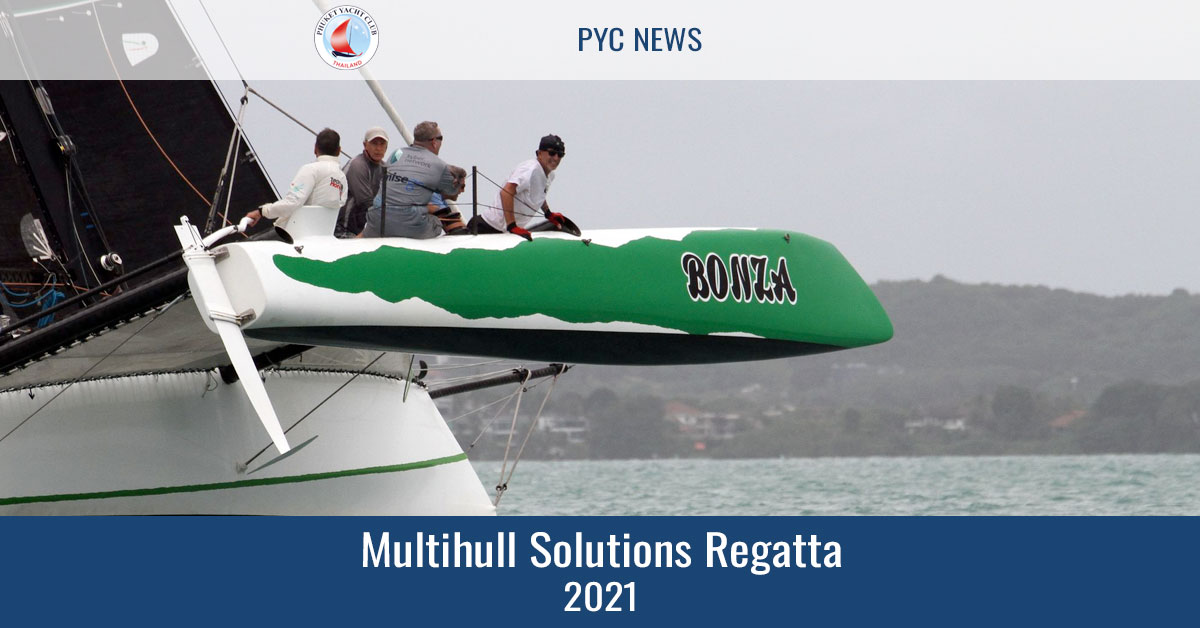 This is the eighth regatta where Multihull Solutions has been the title sponsor since they started their sponsorship of the event back in 2014. The winners of the previous regattas are as follows:

Paul Stamp has now taken over as the Southeast Asian Manager for Multihull Solutions and was graciously on hand to officially start the regatta, Andrew deBruin has moved back to the company’s new office in Brisbane where he will oversee the company’s operations in Asia.

It was great to see PYC Commodore Scott Duncanson on the water again as he was steering Fugazi in this regatta. Scott has done a wonderful promoting and organizing the club’s junior sailing program.
Warwick Downes’ Bonza won the 2021 Multihull Solutions Regatta for the second time in four years, although in 2018 the trimaran was called Fugazi. Ironically, this year it edged out Dan Fidock’s new Fugazi (two less points) to capture the prestigious OMR Multihull Class and win the championship.

Competitors suffered through a veritable cornucopia of climate change in the three short days experiencing everything from soft rain to hard pounding rain; no wind to heavy gusts; calm water to large swells; and sunny blue skies versus overcast grey cloud cover.
Due to lack of wind, PRO Simon James had the boats on the water for three hours and twenty minutes before spotting a bit of breeze and getting the sailors underway at 1:50 needing to get a race underway before his 2:30 start deadline. Unfortunately, the wind, which had been so strong the previous two days, didn’t keep and the race had to be shortened with the racing multihulls getting in one lap of the two-lap race and the other two classes just making it to the top mark for a half-lap race.
Some of the competitors were somewhat distraught having stayed up late to see England lose to Italy on penalty kicks in the UEFA Euro Cup final.

Bonza took first place in the light wind, followed by John Newnham’s Twin Sharks and Dan Fidock’s Fugazi. Team Philippines Voodoo, and Glywn Rowlands Twister 2 followed in that order. Staging the race and that order of finish allowed Bonza to capture the regatta as its lowest finish could be dropped if five races were held. Overall, the final standings in the class were Bonza, Fugazi, Voodoo, Twin Sharks and Twister 2.

Voodoo’s all Filipino crew (Jojo Tayong-helm; Alik Narag-bowman; Jun Ortiz-main trimmer; Melvin Delos Santos-jib/spin trimmer; & Jamar Cabauatan-mast man) sailed without either Hans Rahman or Ian Coulson for the first time and edged out long-time friendly rival Twin Sharks in the regatta. The charismatic crew drew the admiration of fellow competitors with the way they handled their man overboard on day one to their celebration at the final party.
The six-boat Multihull Cruising (PHC class) saw Rick Fielding’s Pulse Yellow (Mick “Octopus” Kealy & Rick “Mojo” Fielding) take top spot with Pulse Grey (Simon Boyd & Roger Cox & Steve Gorton) in second, Pulse Blue (Paul “Flatty” Baker & Mathias Bernsletter) in third and Charles Robinson’s Star Trek in fourth. Pulse Red (Rick Delaney, Apple Vimonchandr & Gregory Morozov) had a tough regatta as it couldn’t even reach the start line on the final morning, let alone the finish line, and as a result of its broken rudder on day one could only get in one race during the regatta. Bill Kane and his crew on The Sting registered but decided to sit out the regatta due to the rough weather.

The three-boat Racing Monohull class saw Niels Degenkolw do what he does best – win as Phoenix captured three of the five races in the division. Andrew McDermott’s Jessandra II, and its predominately female crew, gave them a good run for the money though coming in second, winning two races. The rough weather made it very hard for Martyn Henman’s Second Nature, the other boat in the class, to compete and keep up. The standings were the same for the three-boat class when performance handicap (PHS) was factored in.
The buffet dinner and awards presentation were held at the Phuket Yacht Club with James Haste once again doing a wonderful job as Master of Ceremonies. Bt5,5000 was raised for Disabled Sailing Thailand when Alan Carwardine graciously bought a bottle of Kraken at auction. 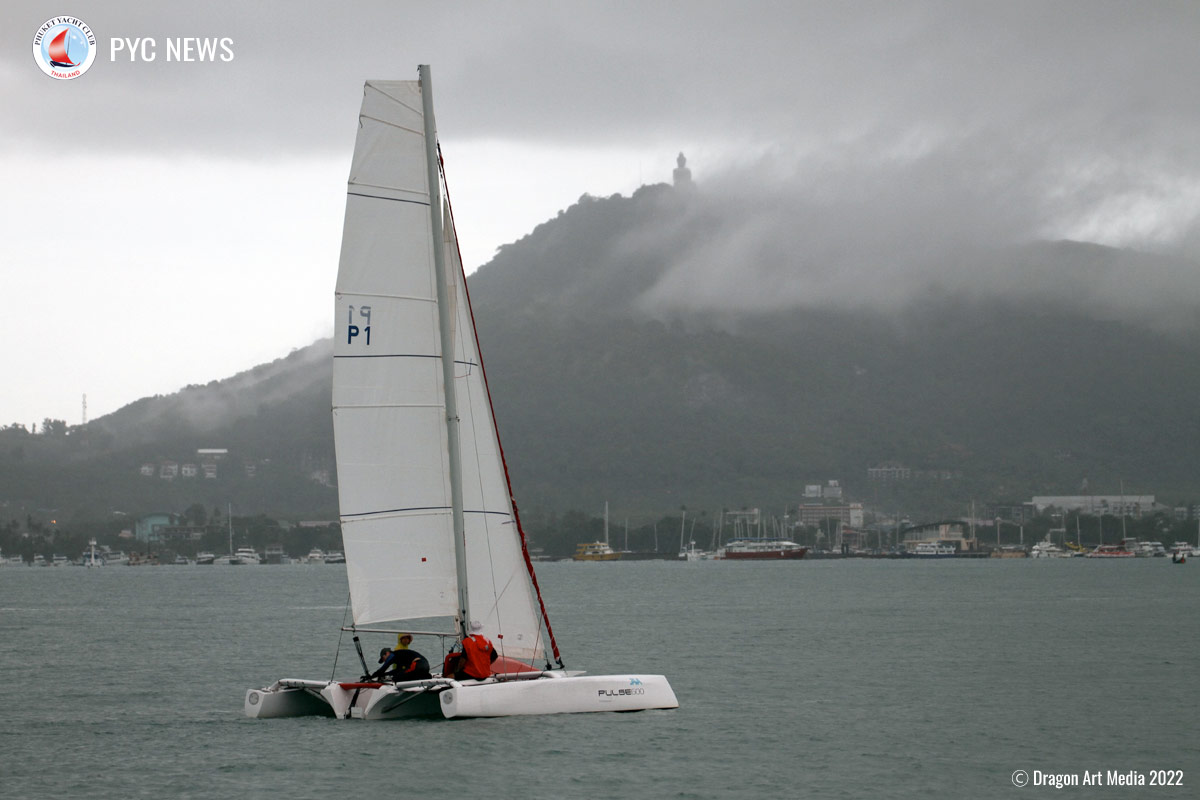 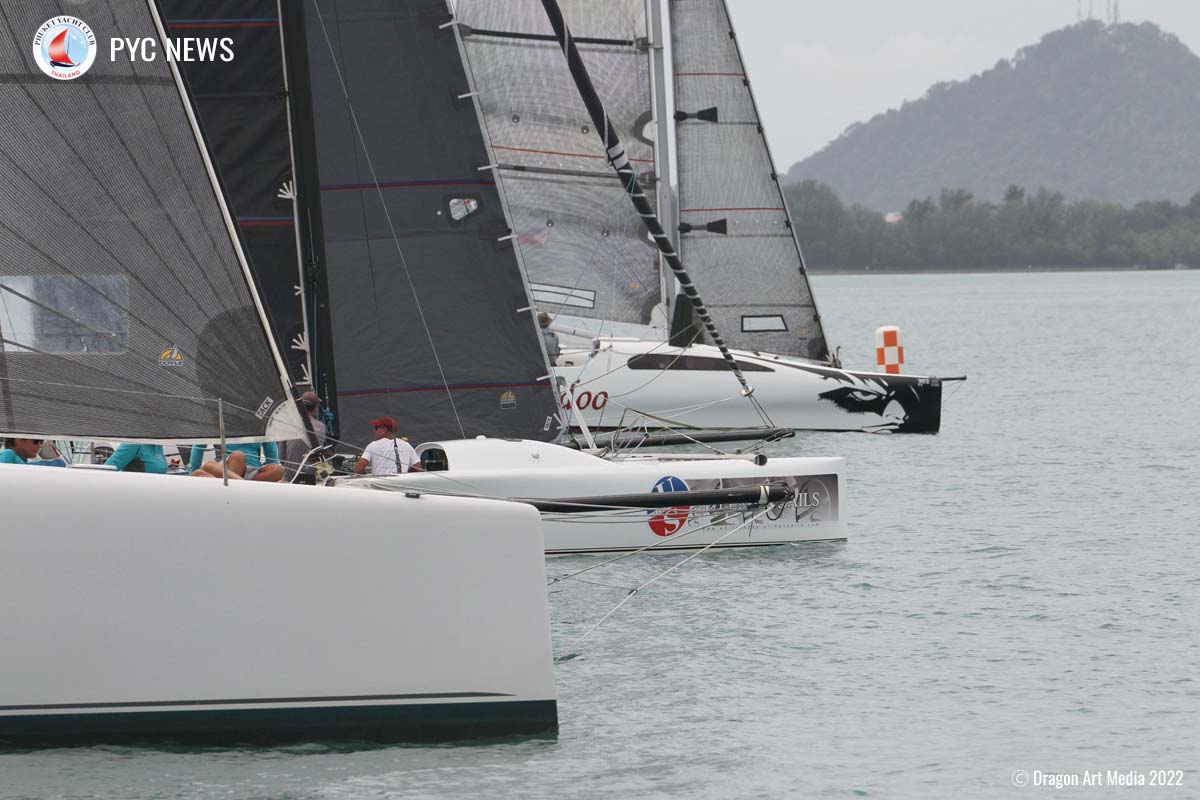 A big shout-out to PRO Simon James and his crew on the committee boat (Eddie and Susie) and Chandran and David for laying marks and recording times as competitors passed them on the course.
This is the first time a monohull class has participated in the Multihull Solutions Regatta, but it makes sense as title sponsor now had a sister company, the Yacht Sales Company (TYSCo), which deals in keelboats.
And thank you to the multi-talented Mick Coleman for ably manning and guiding the start boat, a NEEL 51graciously supplied by Paul Stamp and the team at Multihull Solutions.
Kudos to Anthony Gates for supplying the photography rib and for helping any boat in distress. On day one, he towed Pulse Red back to anchor when its rudder broke as well as Bonza when its motor failed to start (good on ya, Gatesy!!).
And congratulations to the Phuket Yacht Club and Commodore Scott Duncanson for staging a great regatta, giving people a little fun and excitement out on the water in these dark and troublesome times. And thank you to Paul Stamp, Andrew de Bruin and all the super folks at Multihull Solutions for sponsoring the regatta. 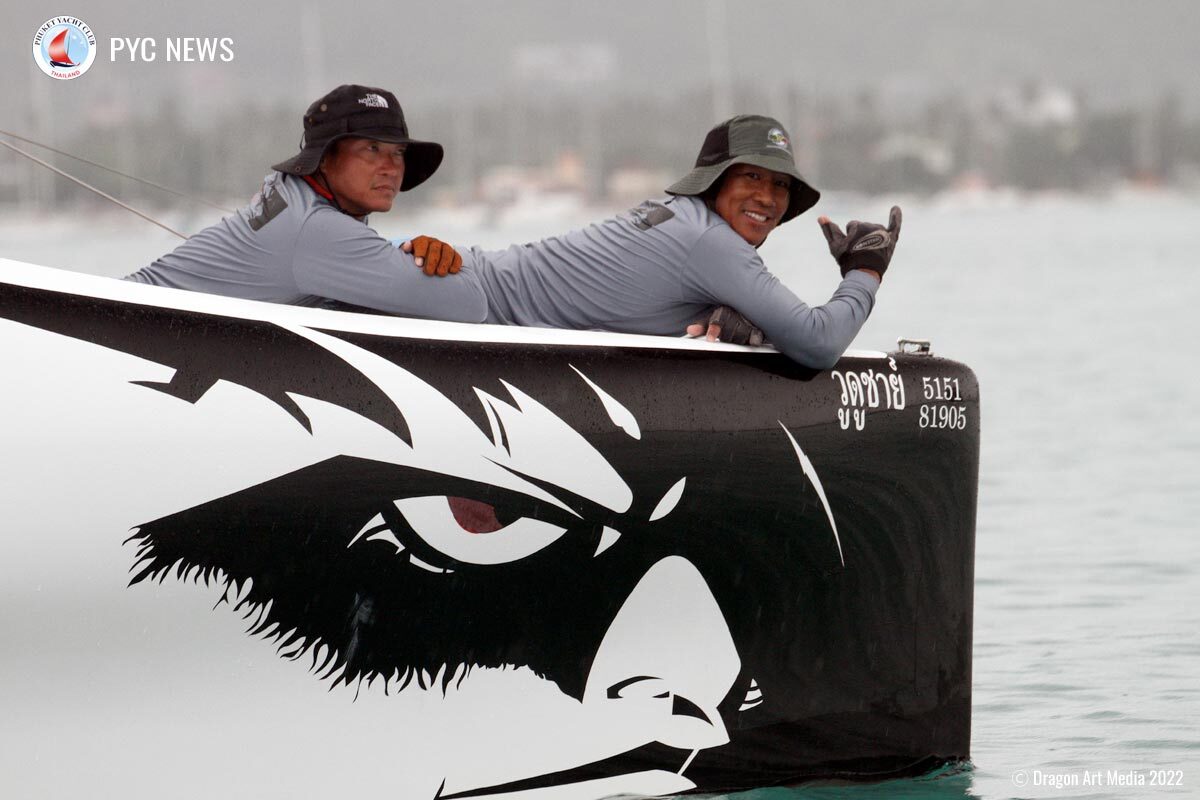 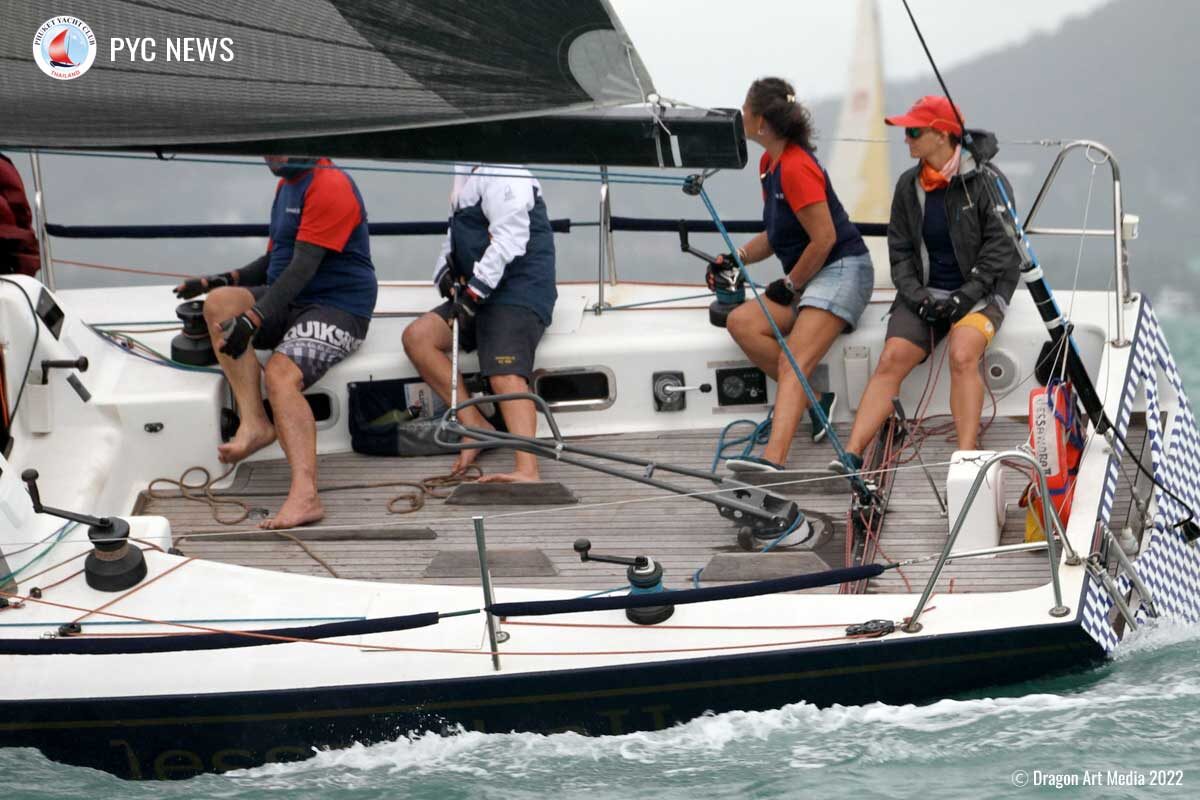 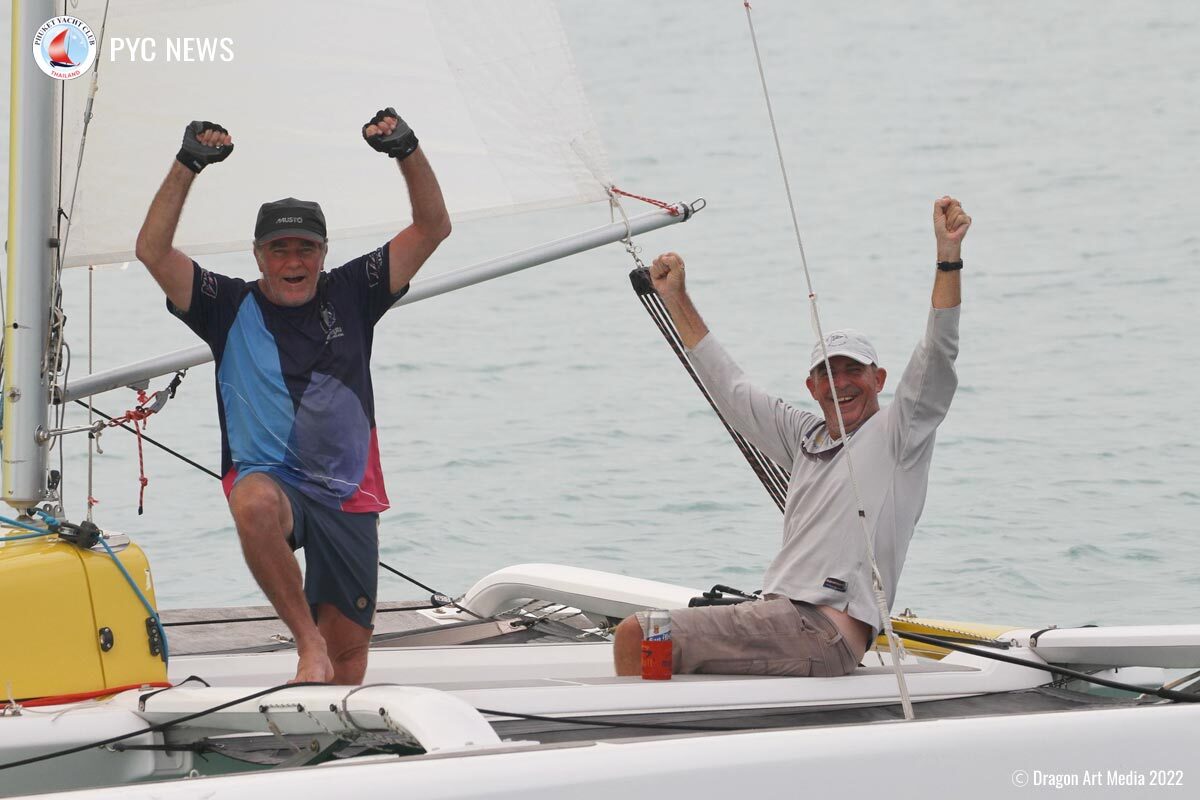 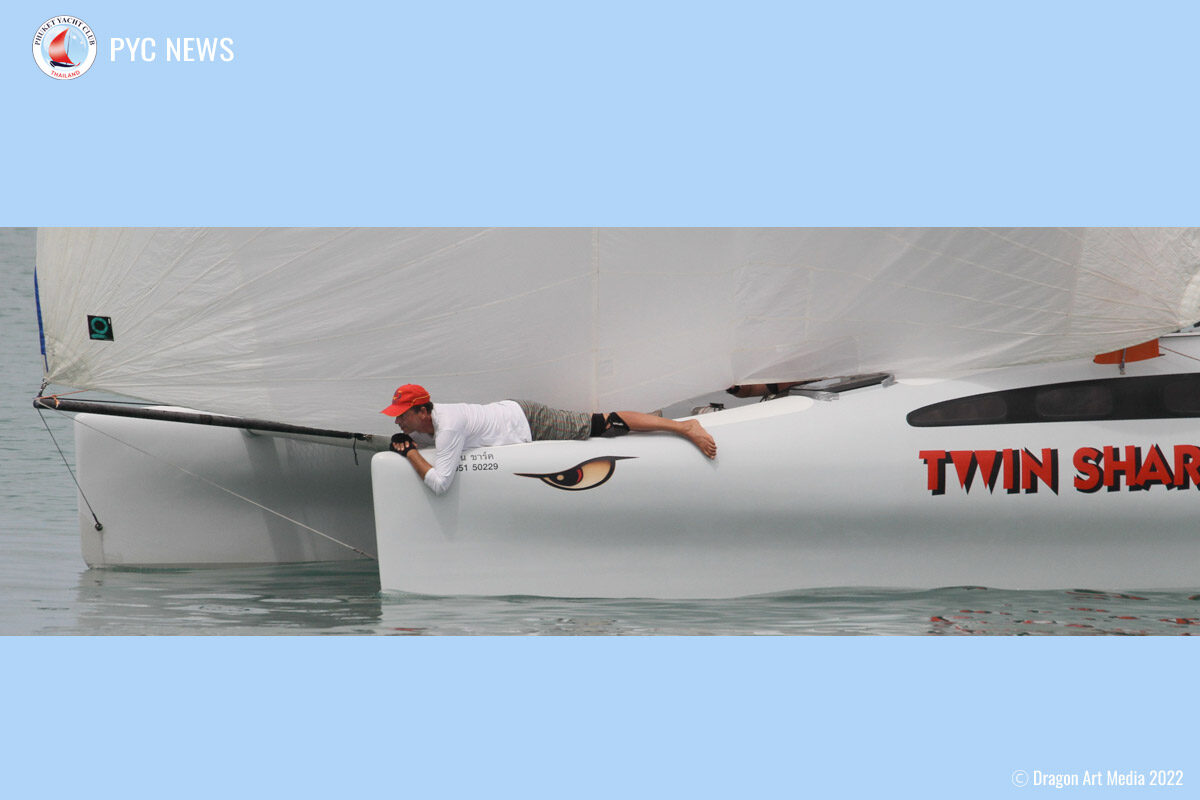 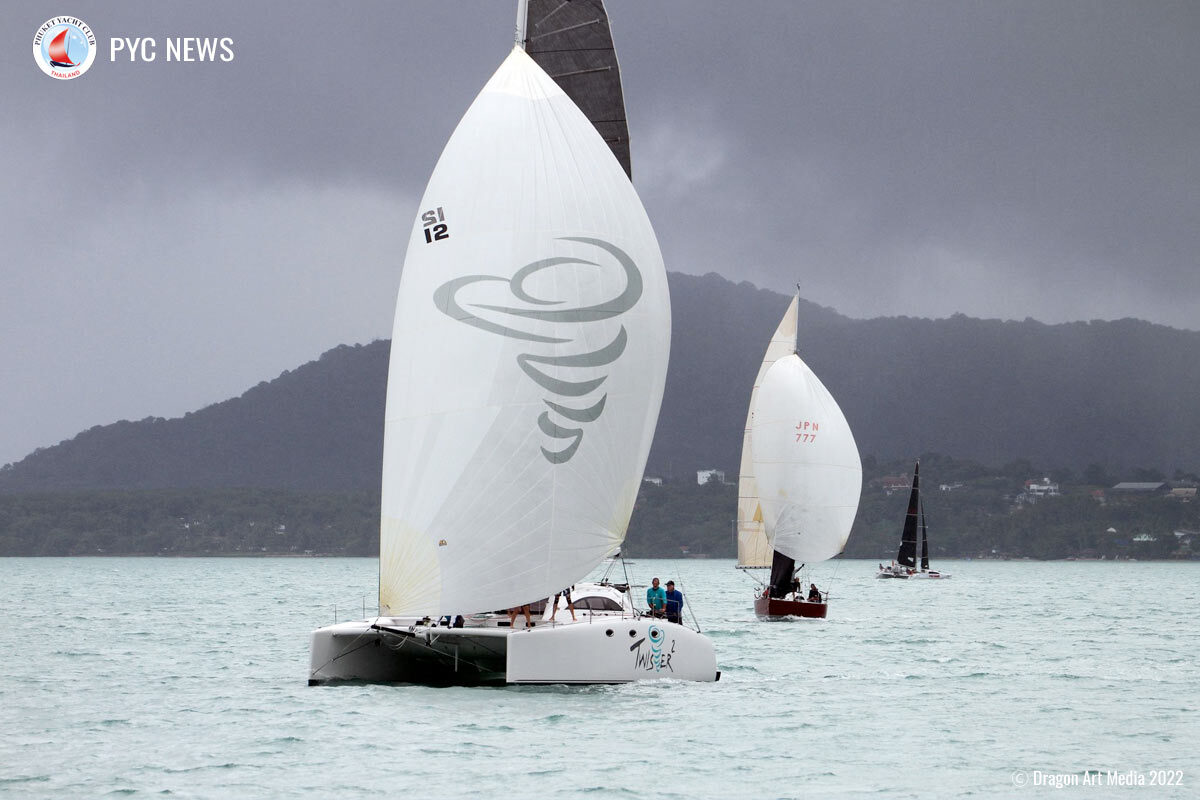 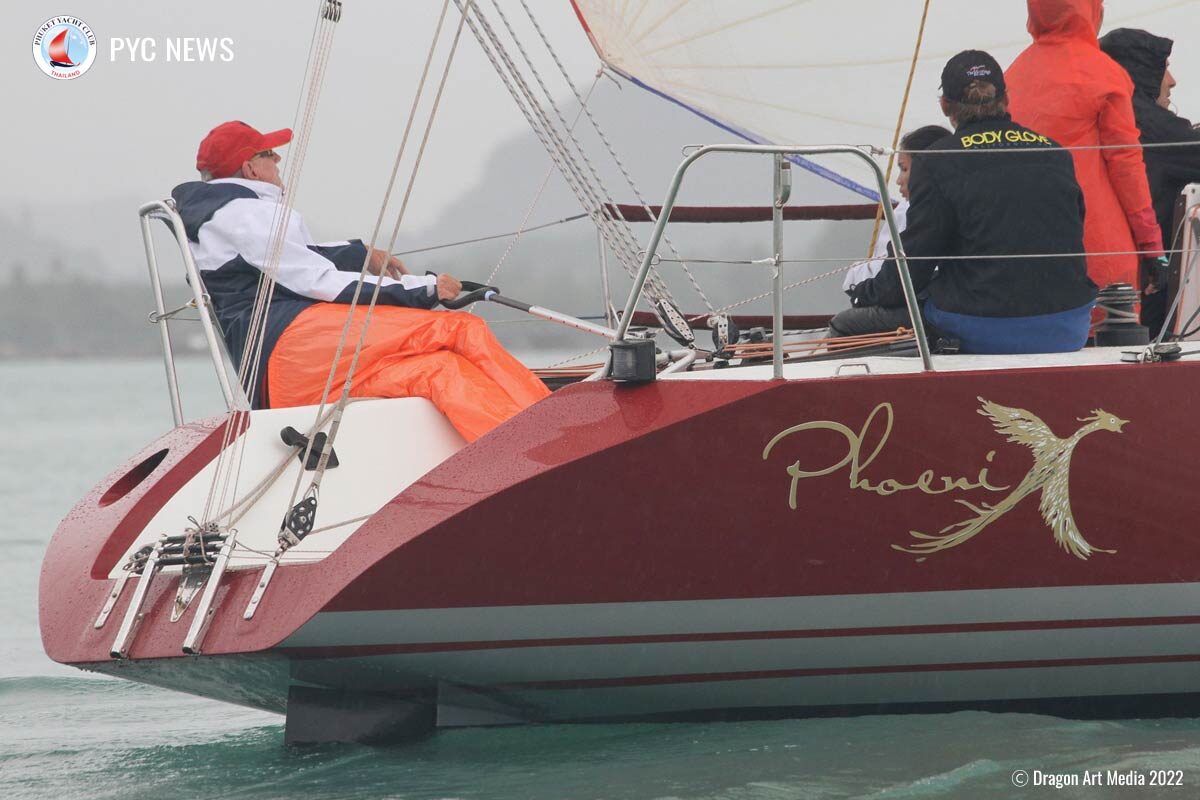 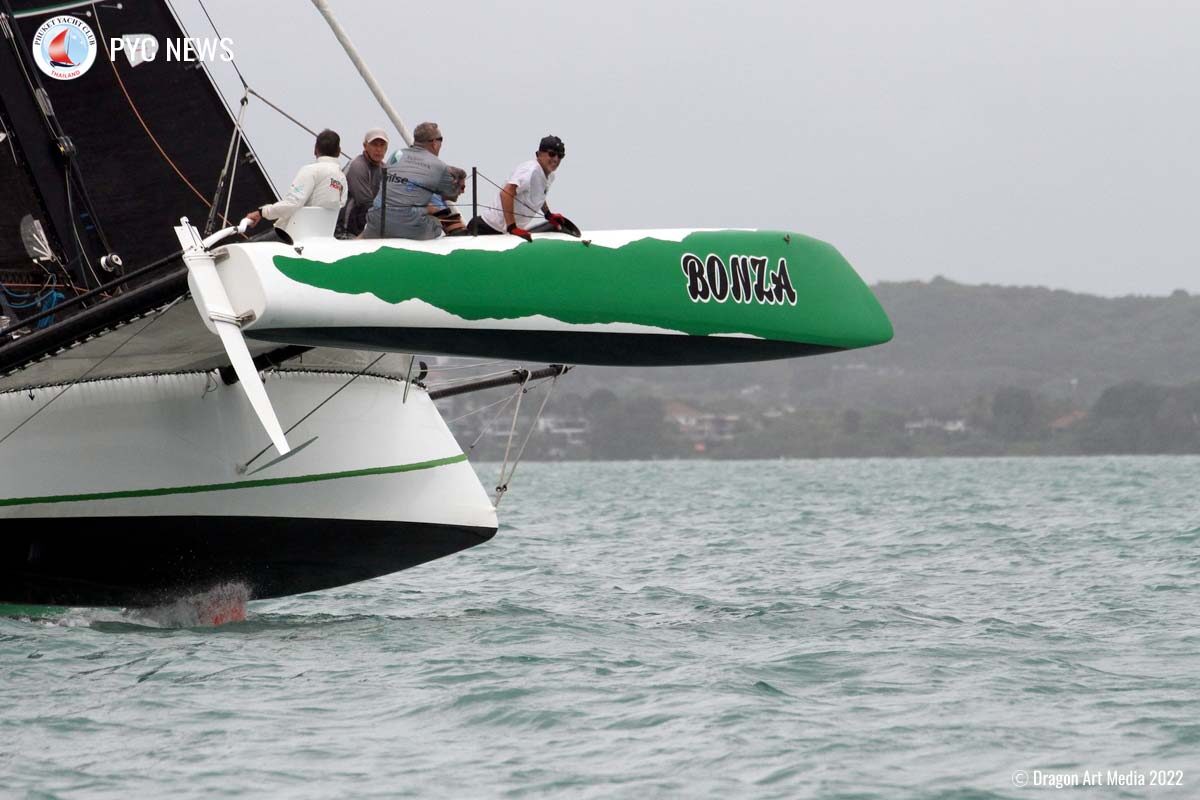 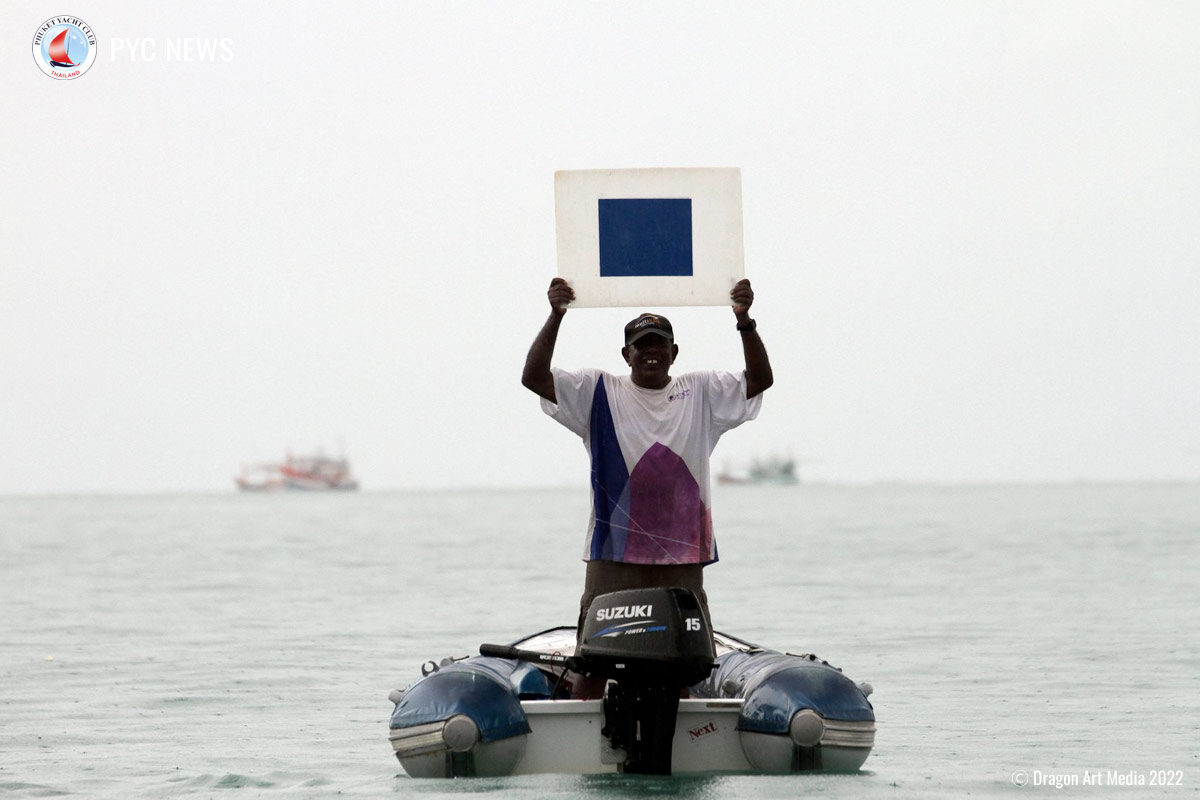