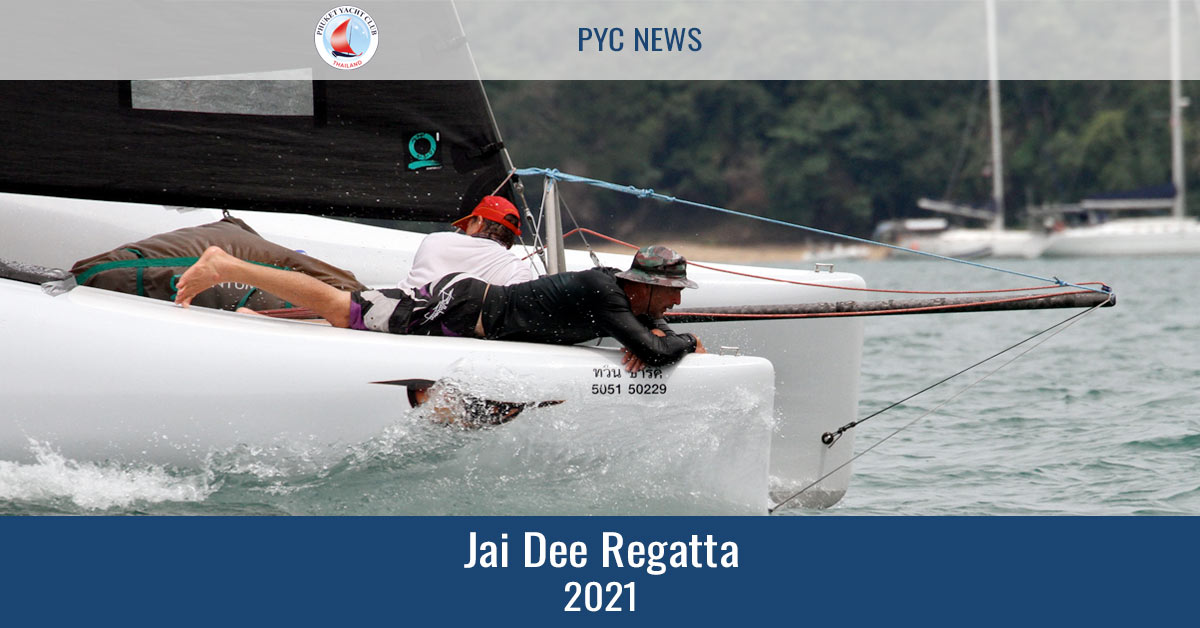 If you wanted some reassurance that Phuket was starting to wind its way back from the COVID doldrums you just had to be on hand for the hooting, hollering and good times to be had at the recent Jai-Dee (meaning kind-hearted in Thai) Regatta organized by the Phuket Yacht Club (PYC).

The PYC has proved to be a beacon of light and hope for local sailors during the global pandemic as it is now staging the third annual Jai-Dee Regatta and the sixth major sailing event since the pandemic started. This was the first regatta under new PYC Commodore Peter Dyer and Regatta Organizer Warwick Downes as Scott Duncanson is now the club’s Vice Commodore and will be focused on growing the club’s junior sailing program.

The idea for this regatta and the Club’s Sailor’s Regatta in March was to hold an affordable no frills regattas, no goody bags or T-shirts and just one final party on the last night, making it affordable for all to compete. And it was originally seen as a feeder race for the Phuket King’s Cup, which unfortunately has not been held since 2019.

The wind gods were a little more agreeable on the final day of the regatta allowing PRO Simon James to get in a circumnavigation of Ao Chalong taking racers out pass the safe water mark and back again. 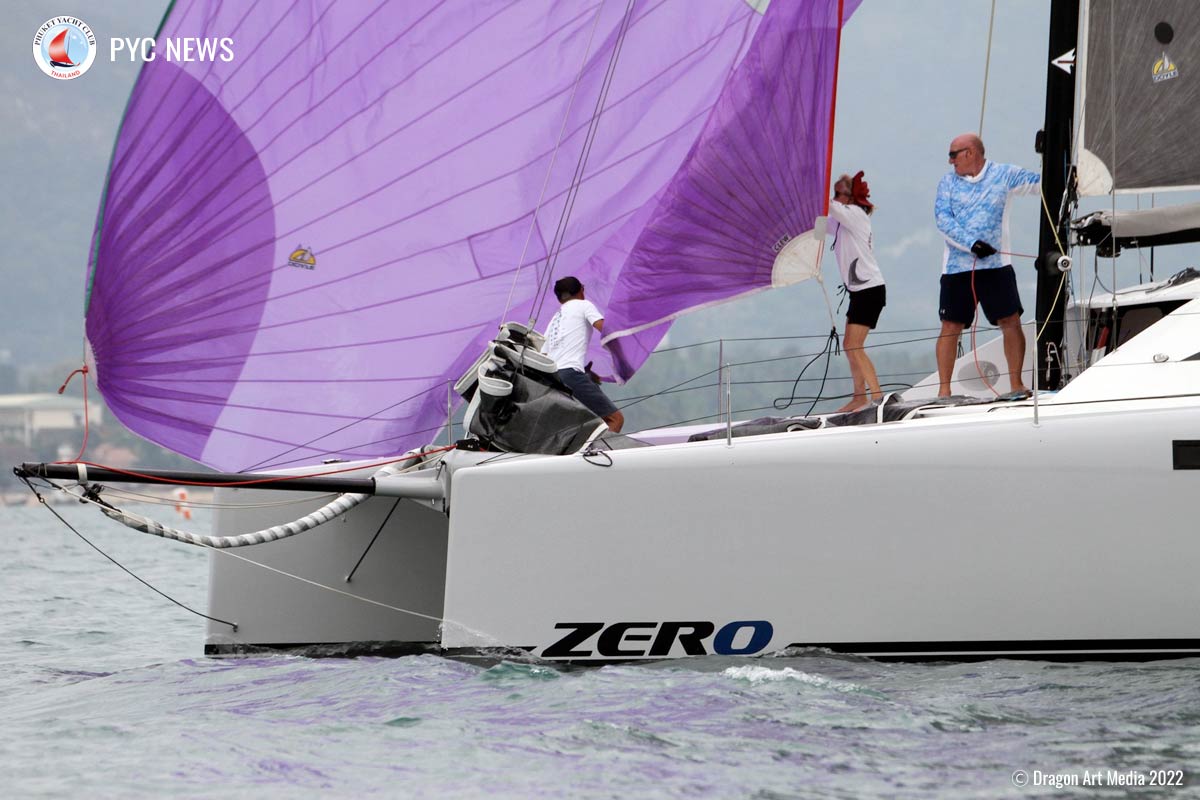 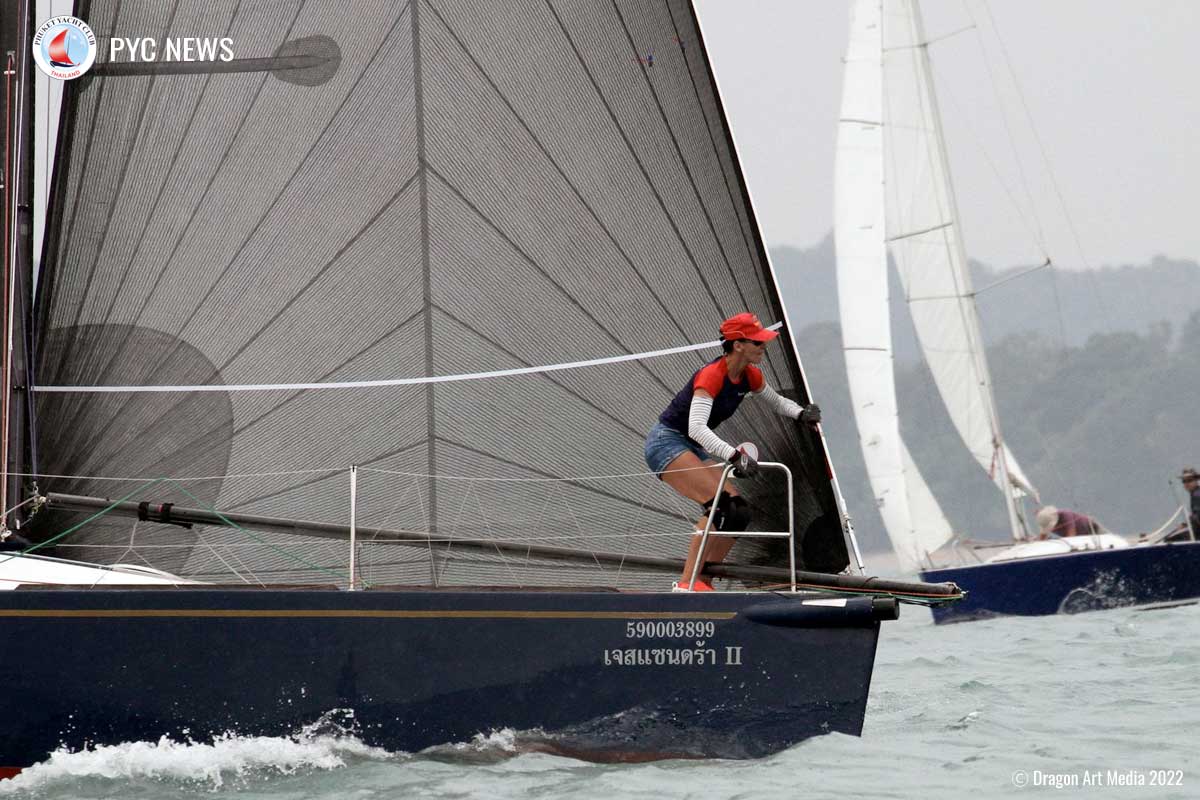 The Multi Cruising division class saw Alan Carwardine’s three Stealth battle it out with John Spencer’s Zero taking top spot, followed by John Coffin’s Fez and Glywn Rowlands Twister 2, Bill Kane’s The Sting (the only non Stealth) took fourth place in this division. Glywn by the way was a former Emirates pilot who learned to fly with the Royal Air Force.

The three-boat Monohull IRC class saw a heartbreaker for Andrew McDermott’s Jessandra II who lost the day’s first race, a two-hour jaunt around Ao Chalong by fourteen seconds to rival Niels Degenkolw’s Phoenix. Torben Kristensen’s Kinnon (with PYV Commodore Peter Dyer on board) came third in the class. The Jessandra II crew has come so far in such a short period of time and it was terrific to see them do so well on the water.

Mike Downard’s crew on Dragon took the three-boat Sail-in-Asia Platu class. Jon Oeygard’s Tiger came second as its two DNSs on day one hurt cost it a shot at the class title. Dan Evilsiser’s Wolf finished third in the class.
The Cholomark Boat Company was kind enough to donate a Highfield tender to the regatta. The PYC committee decided to auction it off at the prize-giving ceremony and auctioneer Andrew McDermott spun some magic getting John Spencer to pay Bt92,000 for it – money that will come in very handy for the club.

The three days on the water were enjoyed by all; the Phuket Yacht Club and regatta organizer Warwick Downes did a great job of putting the regatta together and the last thing on anyone’s mind was the new Omicron variant.
And a big thank you to John Newnham for donating the photography boat and Mark Bierne, a retired firefighter from Washington state, for navigating it.

The Phuket Yacht Club is a non-profit organization that has been operating in Chalong Bay for over 25 years. Affiliated with the Yacht Racing Association of Thailand (YRAT) and the International Sailing Schools Association (ISSA) the club hosts regular club racing for keel boats and Multihulls, three annual regattas and a very successful inshore sailing school for both youth and adults. 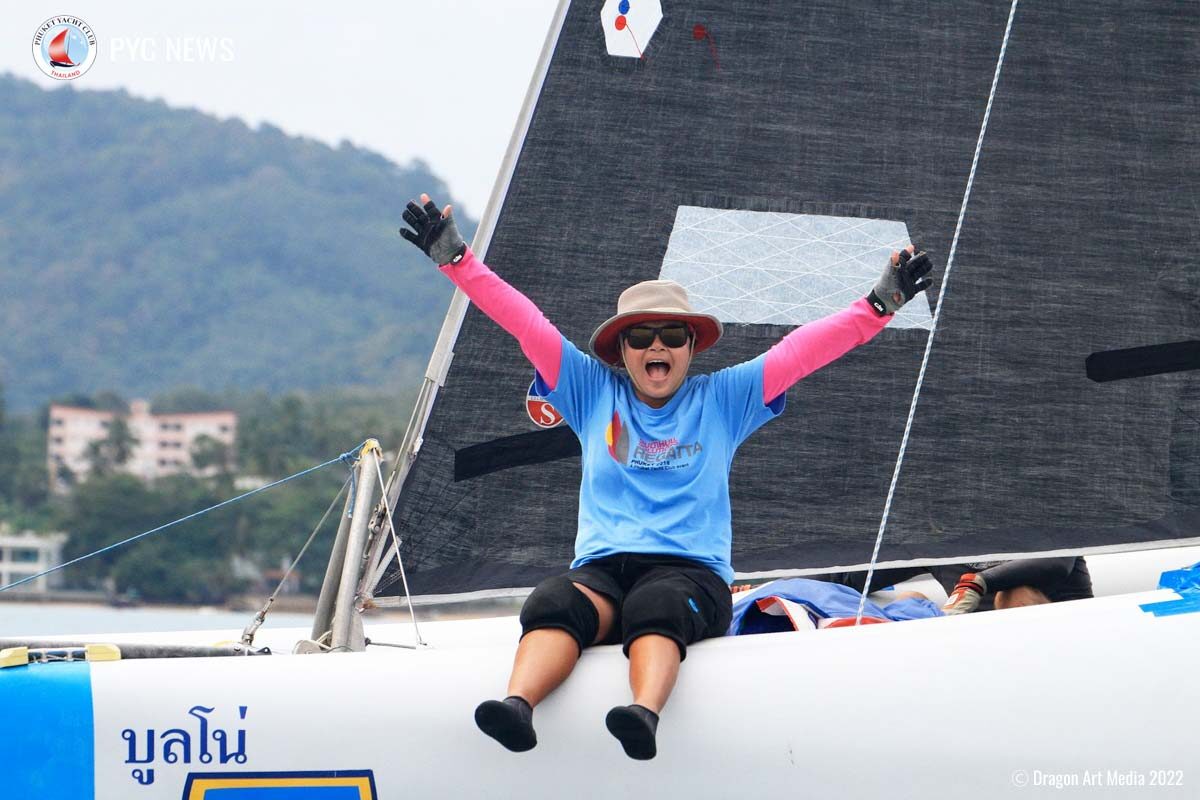 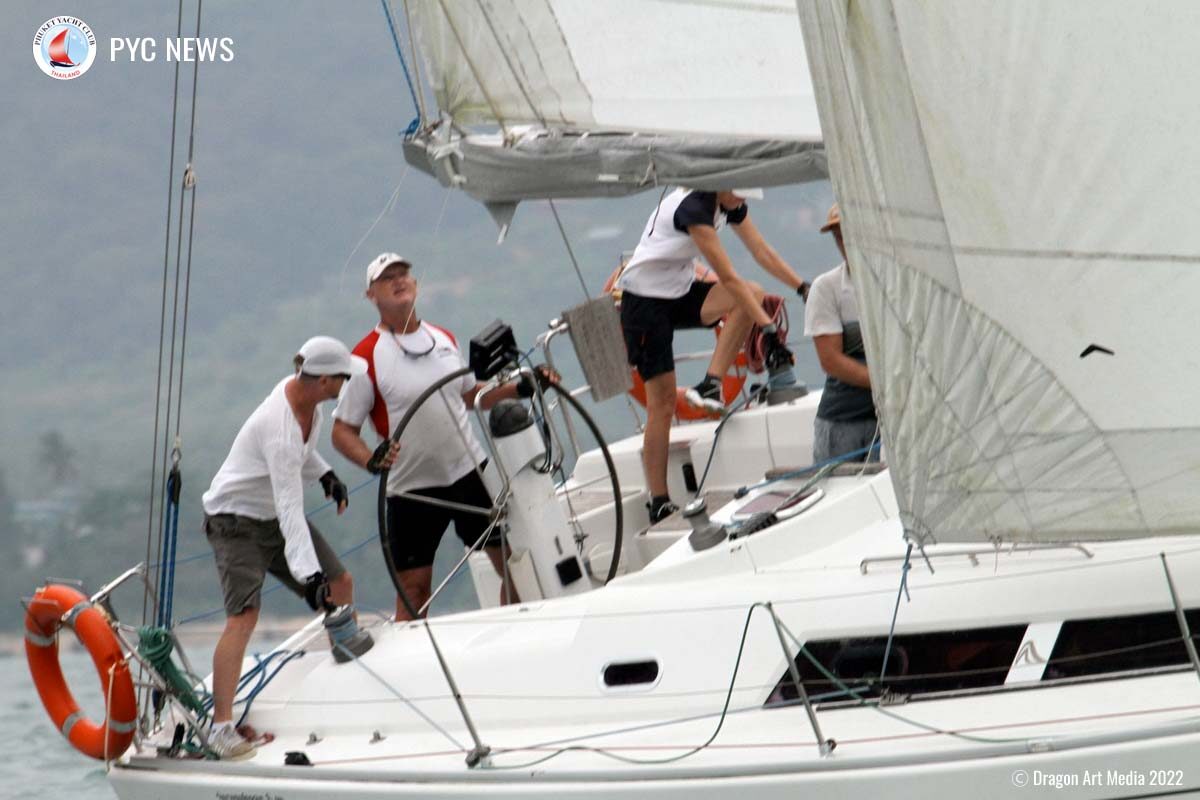 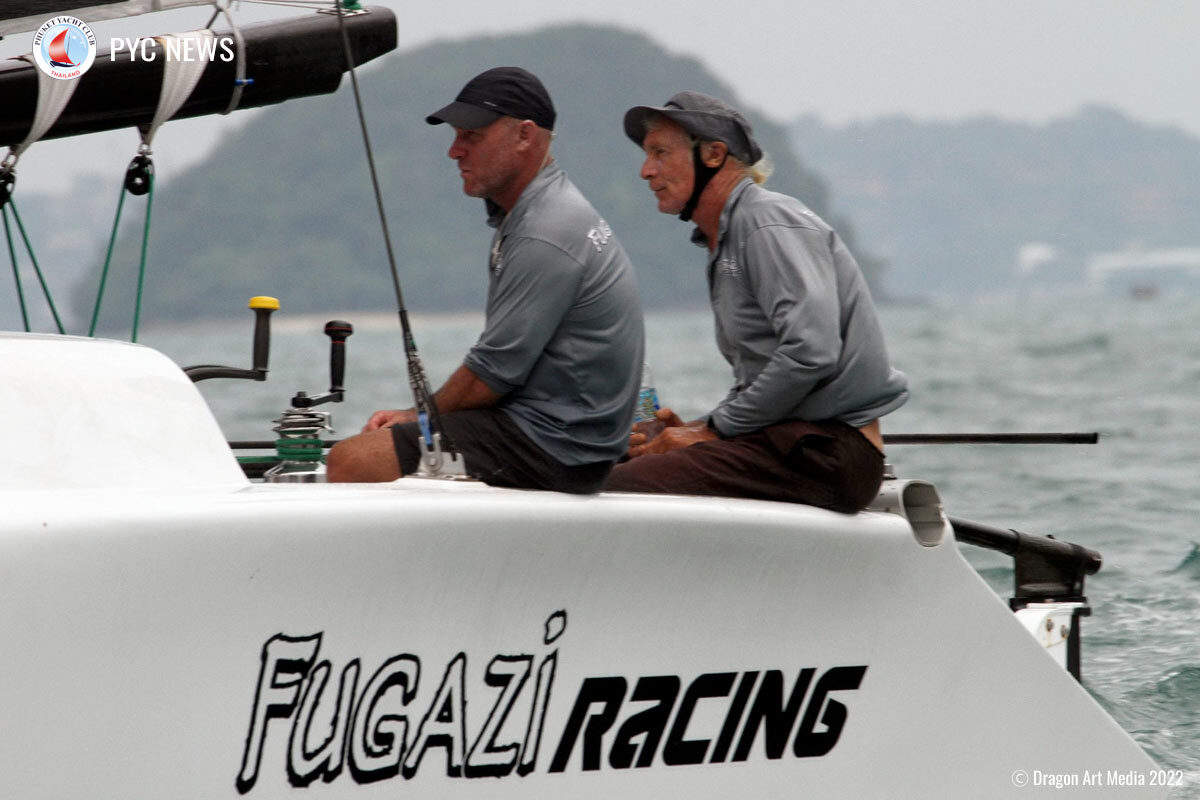 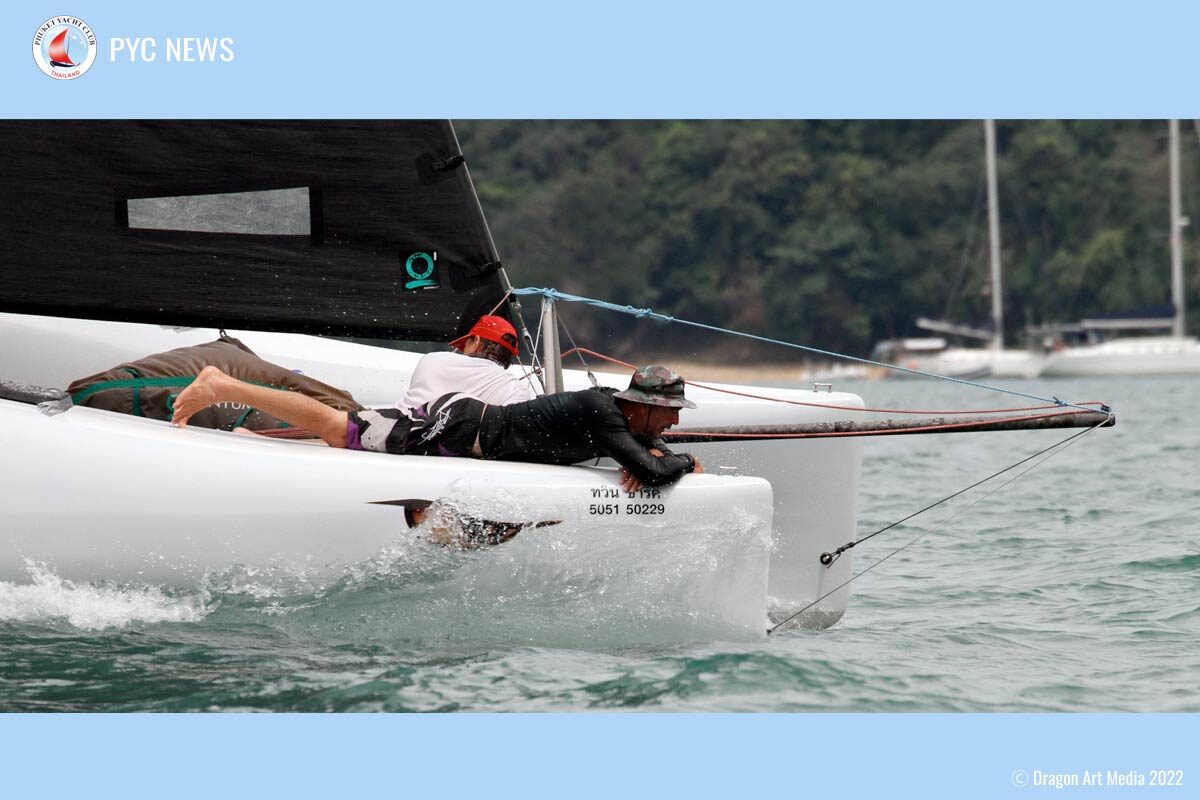