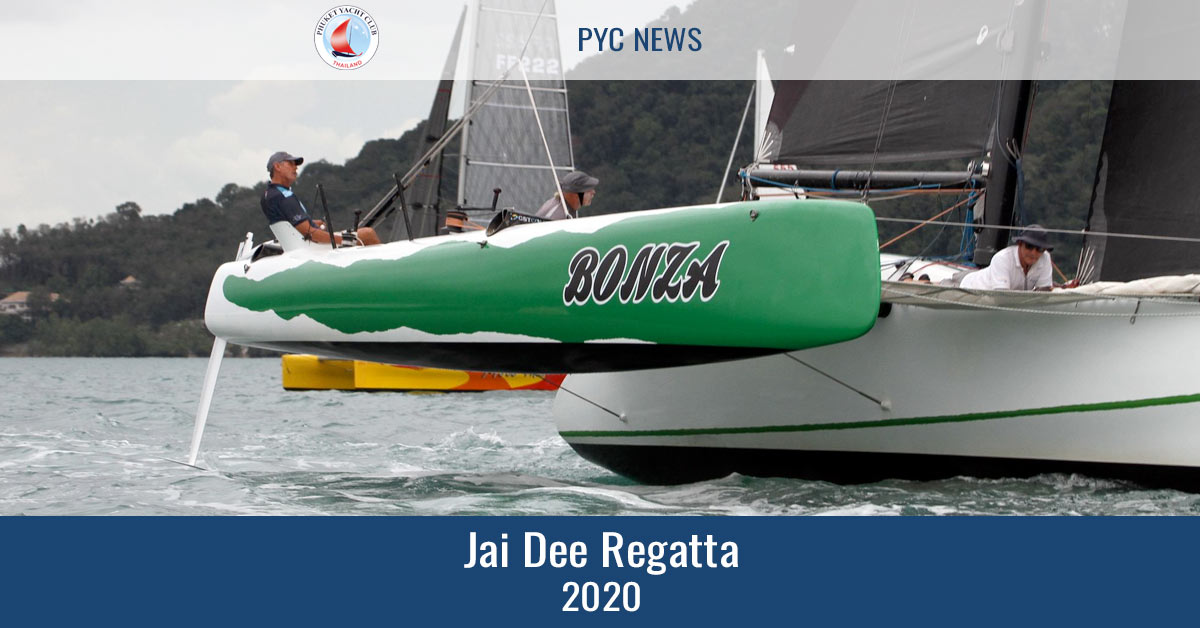 The Phuket Yacht Club (PYC) has proved to be a beacon of light and hope for local sailors during the global pandemic as it recently staged the second annual Jai-Dee Regatta and its third major sailing event since the COVID crackdown last March. Kudos to PYC Commodore Scott Duncanson and the Club committee for pulling off these events, while maintaining high-hygiene standards and appropriate social distancing measures.

PRO Matt McGrath’s plan was to get in at least two windward-leeward races in each of the three days for the seven-boat multihull class and the eight-boat monohull class.

It was great to see Mike Downard’s crew from Sail in Asia enter two boats as they sailed on over from Ao Yon in Magic and Fox Sails Asia to compete in the regatta.

John Newhamn showed great sportsmanship but pointing out that Voodoo’s final time had been inaccurately reported allowing Voodoo to vault past his boat in the final standings, a great example of what the Jai-Dee Regatta stands for. John has been stuck in Phuket during the lockdown and has been a great supporter of the PYC. Newhamn’s crew won the multihull division of the inaugural Jai-Dee Regatta in 2019.

While the Multihull Performance Handicap System (PHS) final standings saw a switch in positions with Bonza winning again but this time followed by Fugazi, Coconuts, The Sting, Voodoo, Twin Sharks and Moto Inzi.

Day two saw some confusion when PRO Matt McGrath shortened the course in race two to one lap as the wind died down, but uncertainty reigned as to which mark need to be rounded before crossing the finish and indeed where the finish line was supposed to be and where the “S” mark was supposed to be flown. Protests were called and looking like discussions and arguments would go long into the evening, the Race Committee, in the spirit of the “kind-hearted regatta”, wisely decided to abandon the race.

Bonza crewmate James Haste did a great job of MCing the final awards ceremony, where the competitors sang the praises of the regatta and were already planning for next year.

Brendan Kealy was a great help on the water, providing his boat Catapult as the start boat and continually assisting PR Matt McGrath, who fought through a lot of pain because of motorcycle mishap to get the multis six races and the monos five during the event. Brendan also provided the camera rib, which Phil Bender so nimbly drove around. And Chandran Nadarajan did his usual great job laying the marks. Regattas Asia’s Simon James also made an appearance on shore to help with the results. Stuck in Wales for months due to COVID-19 restrictions; it was good to see Simon back in his old stomping grounds.

Alan Carwardine’s Coconuts was making her racing debut at the regatta (she has only been in the water for ten weeks). Racing on Coconuts was a family affair with the husband-wife team of Alan and June Carwardine on board as well as Anthony Gates and his young son Jay along for the ride as crew. 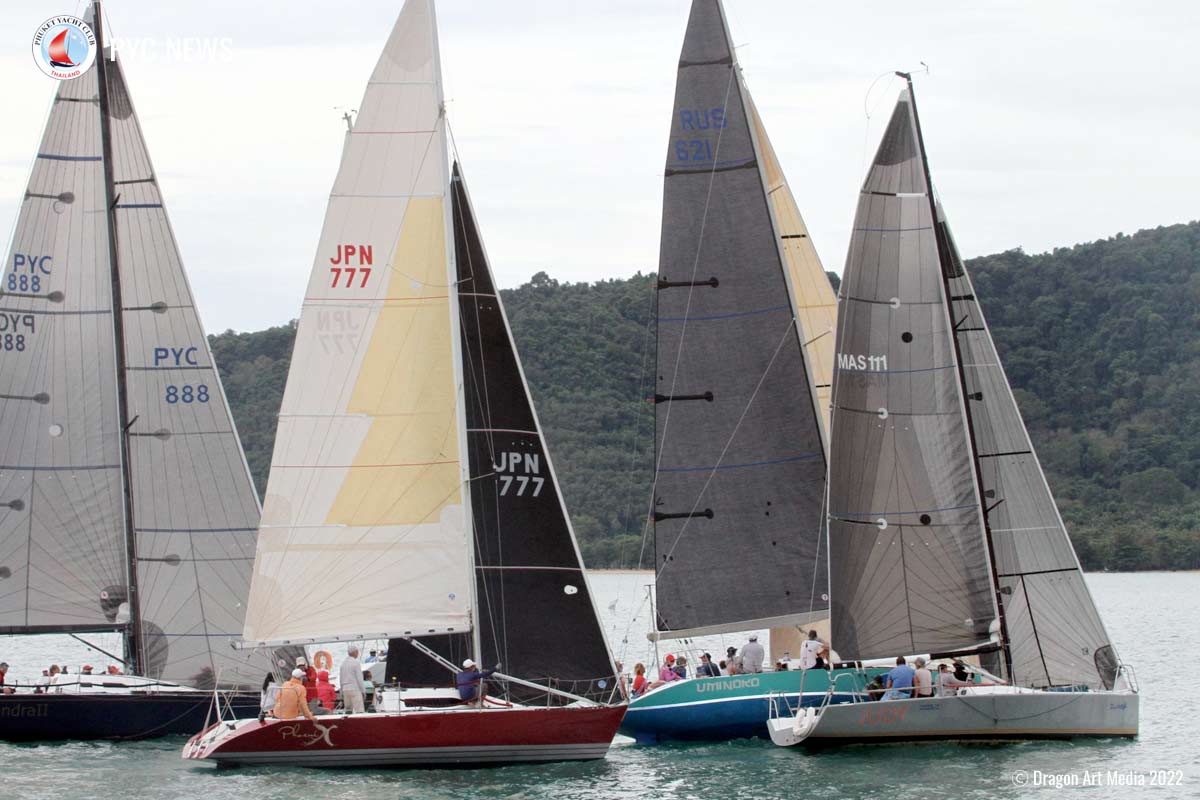 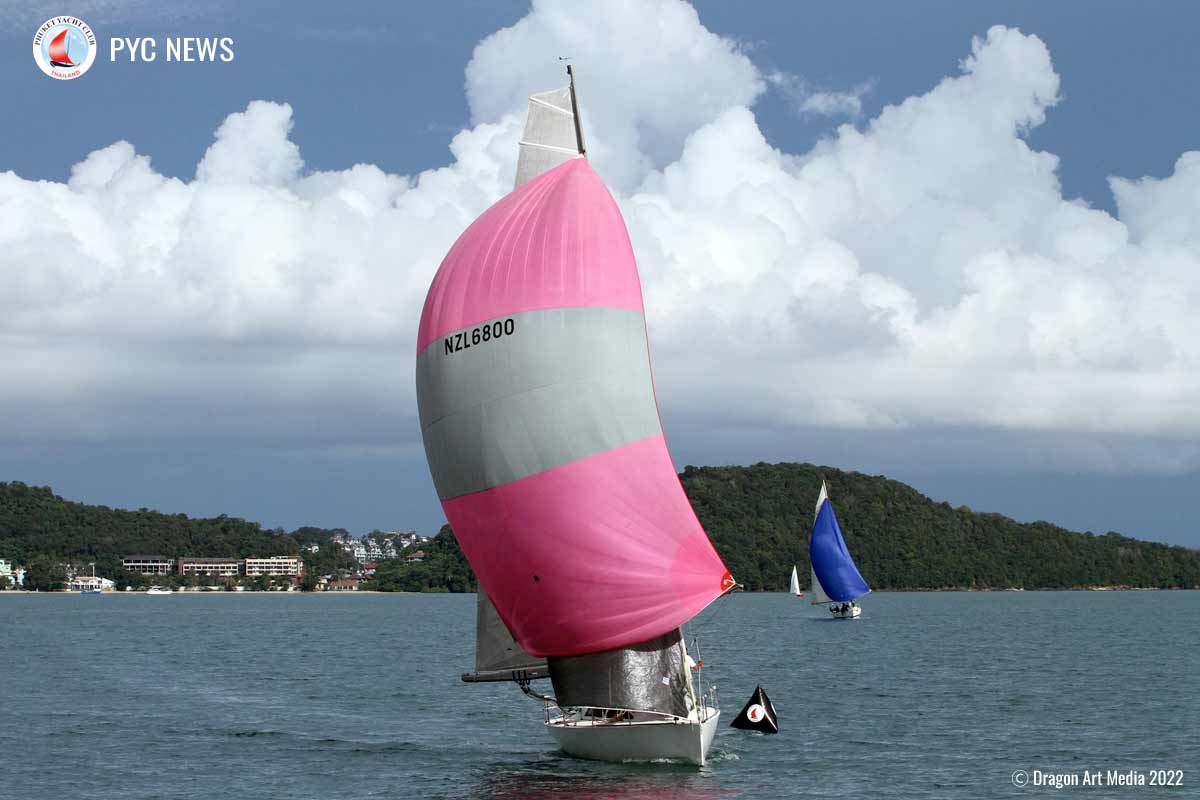 It was too bad that PYC Commodore Scott Duncanson was unable to compete due to work commitments but he did a tremendous job of putting the regatta together.

The idea for this regatta and the Club’s Sailor’s Regatta in March was to hold affordable no frills regattas, no goody bags or T-shirts and just one final party on the last night, making it affordable for all to compete.

The Phuket Yacht Club is a non-profit organization that has been operating in Chalong Bay for over 25 years. Affiliated with the Yacht Racing Association of Thailand (YRAT) and the International Sailing Schools Association (ISSA) the club hosts regular club racing for keel boats and Multihulls, three annual regattas and a very successful inshore sailing school for both youth and adults. 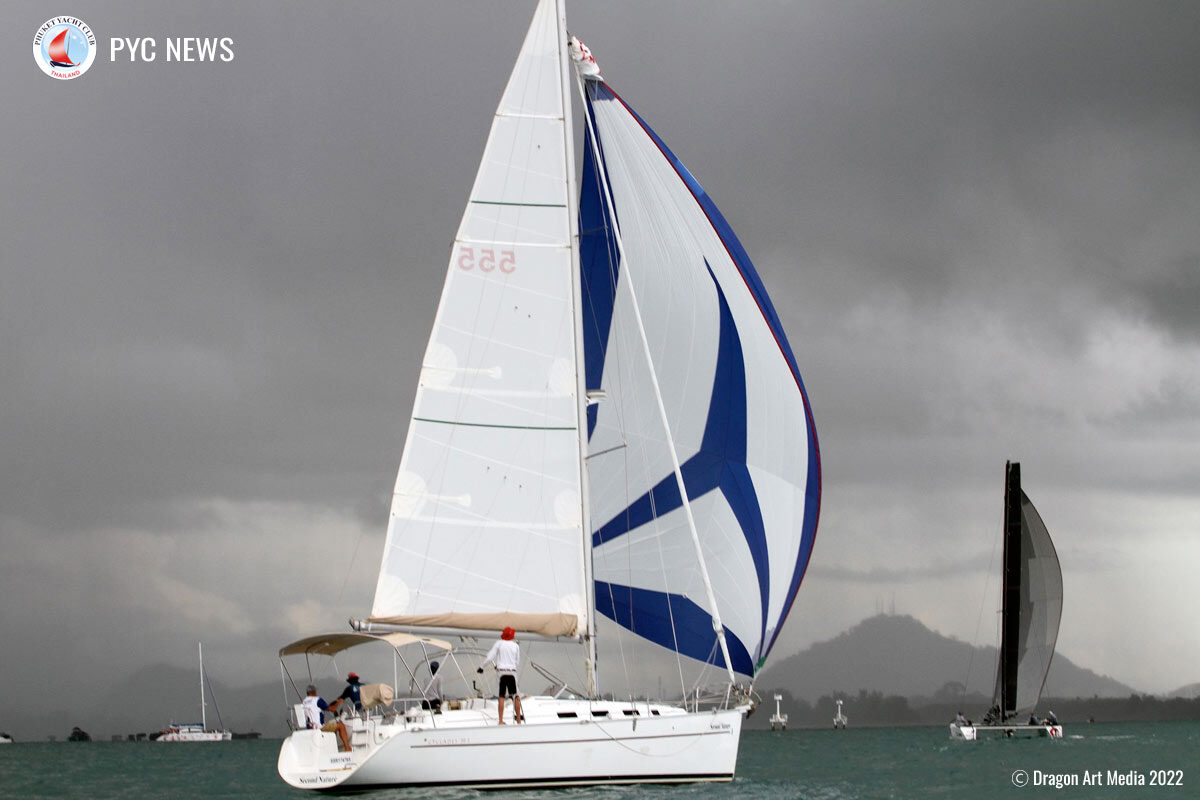 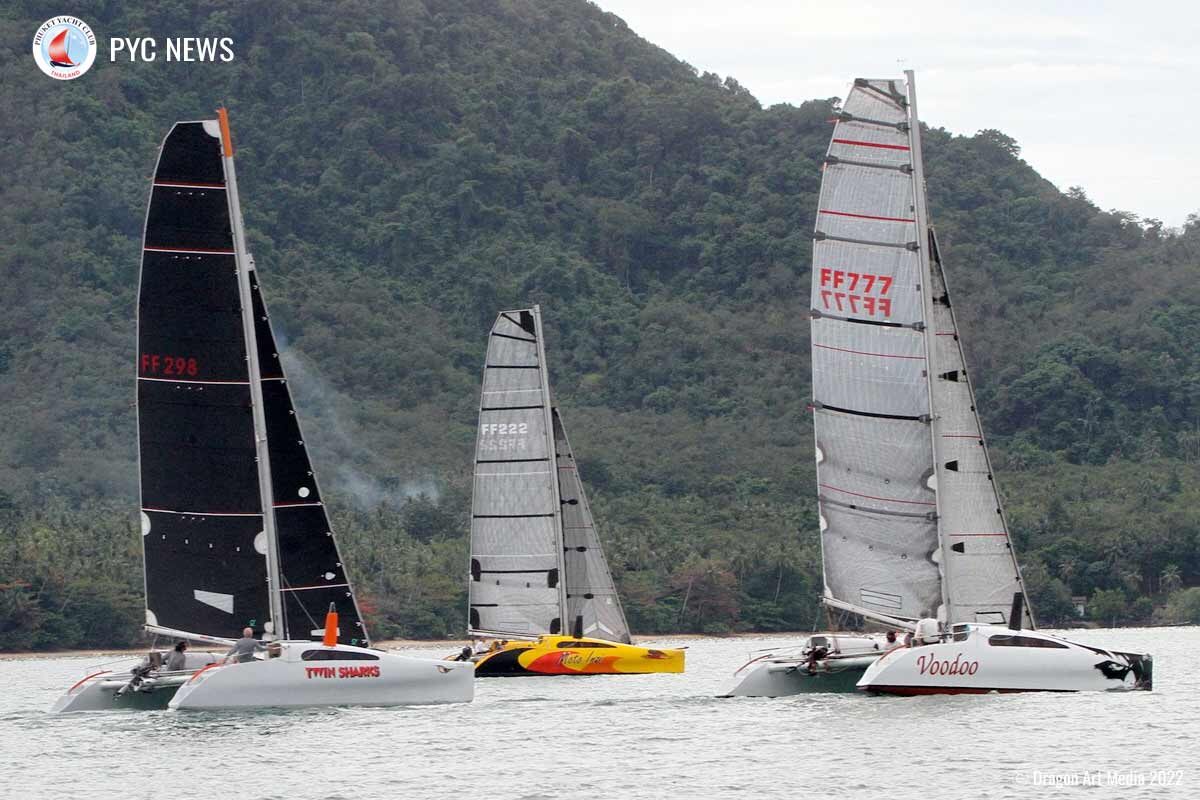 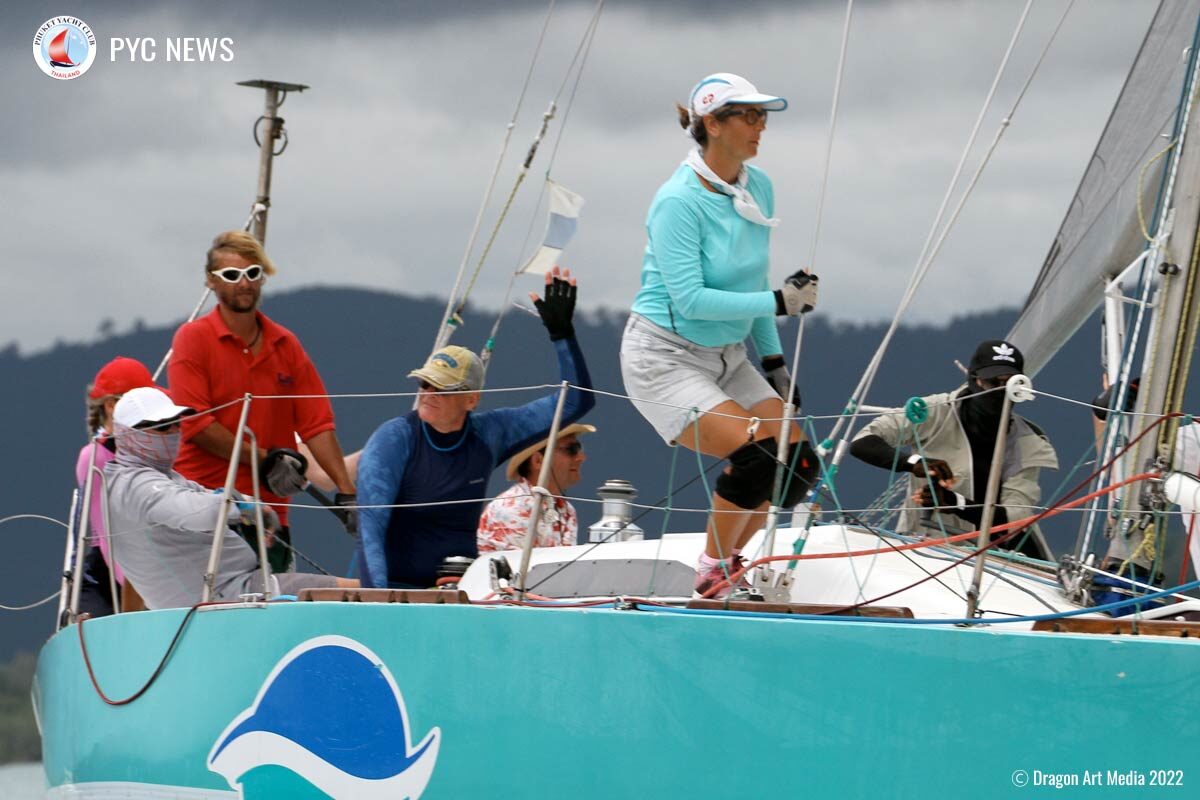 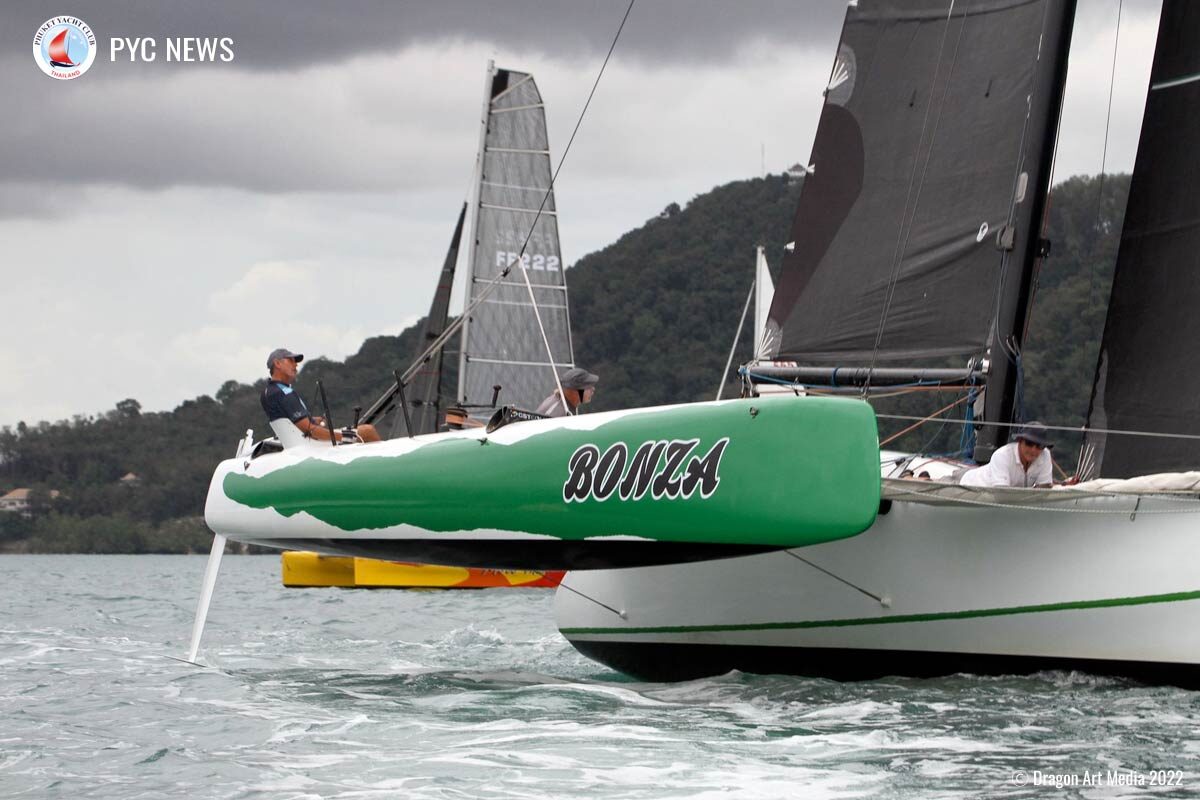